On November 2018 Manos Tzinieris was replaced temporarily by Akis Tsiokris due to work obligations. The band is now in the process of releasing their first full length album named “Chronos”. Recorded, mixed and mastered at Infected Studios in Thessaloniki by George Stournaras. The album cover is a work of art by Natalia T. while the rest of the album artwork is being designed by Manthos Stergiou (Manster Design). The clip for the song “Narcissus in Vain” was directed and filmed by Jim Georgosopoulos. 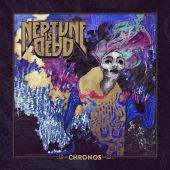 Once Upon a Winter / Sciopticon / Neptune is Dead Live at Nostos Bar Nostos Bar / January 11, 2020

ONCE UPON A WINTER